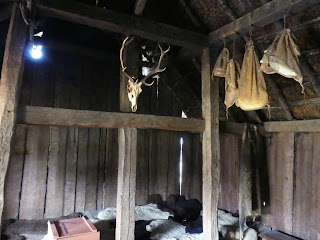 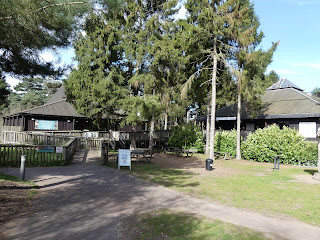 I'd noticed the West Stow Saxon Village sign from journeys to and from RSPB Minsmere and Will Lord's place after this 1-2-1 and made a mental note to return which I did recently with my wife.

It costs £2 to park all day and £6 per adult to get in which isn't bad. After a coffee in the Angles café the guy on the desk suggested that we look at the visitor centre display followed by the Anglo-Saxon museum (which was located under the café) first as the actual village has minimal information displayed to add to the authenticity. 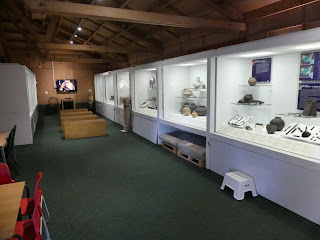 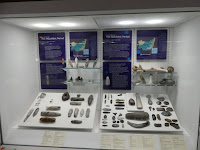 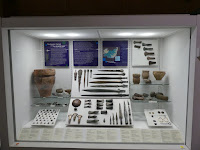 The visitor centre gallery displays a decent amount of well presented material on display from all the periods that the site was occupied. 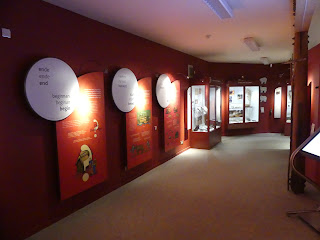 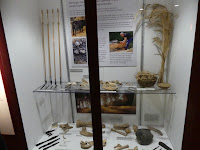 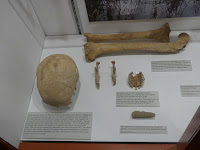 The museum follows in roughly the same vein but has a little more interactive stuff and some remains with possible spear injury and trepanning evidence. 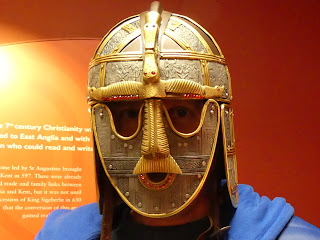 There is also an impressive Sutton Hoo helmet replica to try on. Glad I did but it wasn't the most comfortable thing to wear. 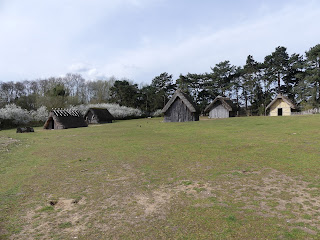 And so to the gentle stroll to the village itself.  Well actually it wasn't gentle at all, it was a rather hurried walk to get past a large school trip filing towards the houses. Luckily the y stopped for a briefing and my wife and I went to the houses to get the photos taken whilst there were no people milling around. 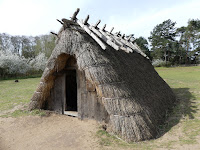 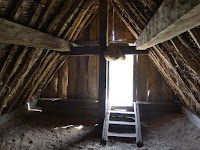 This was the sunken house were the floor was actually lower than the surrounding ground. Essentially a pit with a roof. 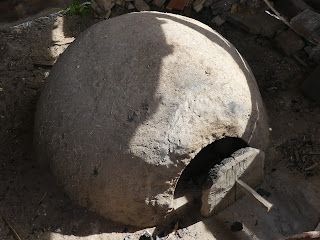 This replica oven was a feature of the craft building with a modern fire extinguisher secreted nearby. 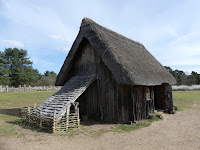 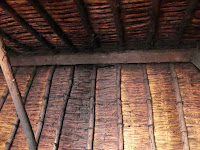 The farmers house was rebuilt after a fire to show what a high status building may have looked like. Talking of fire the smell of smoke in the building, with it's darkened ceiling, added to the authenticity. 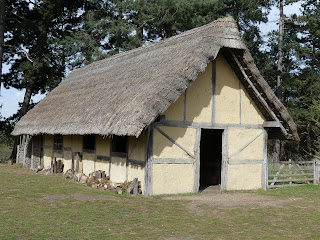 The wattle and daub workshop was visually the standout building with what appeared to be wood turning and smithing paraphernalia inside.

The inside of the living house struck a chord with me as there were bacon and fish replicas strung up in the rafters to smoke them. The reason it struck a chord is that I've recently started making bacon and cold smoking food. 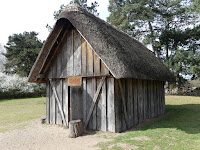 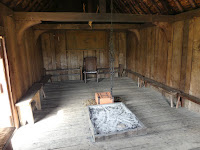 I was surprised at the size of the hall as it was a little on the snug size but it nevertheless had a real communal feel inside. 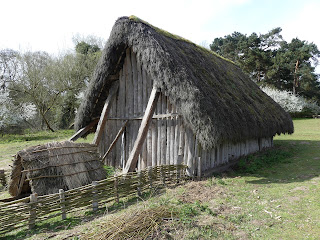 Aptly named, the oldest building is exactly that but sadly there is no admission to this building. 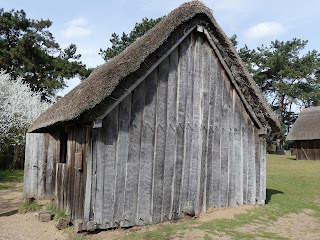 And finally the weaving house makes up the 'magnificent seven'. As previously mentioned we sped ahead of the school visit to take the shots and therefore with the minimalist information we had completed our tour of the impressive buildings.

there are other various smaller structures and a seige meachine between the village and centre. Not surprisingly the site hosts several historically themed events which will absolutely bring the place alive. 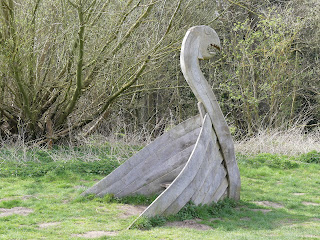 As the village is in a country park we decided to have a look around before dinner (that's middle of the day sustenance for anyone who thinks it's called lunch). This boat bow replica is the start of it behind the centre. 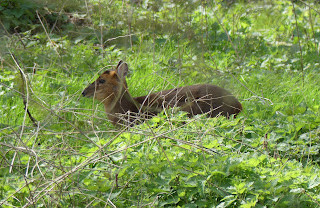 It was a beautiful day which helped but the walk was lovely with plenty of evidence that Spring has taken hold. 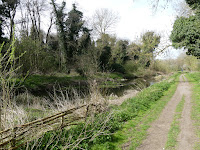 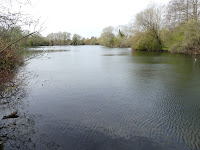 We chose to head right from the boat bow, through a small carr and onto the flooded gravel pit lake via the River Lark which the village inhabitants used for food. 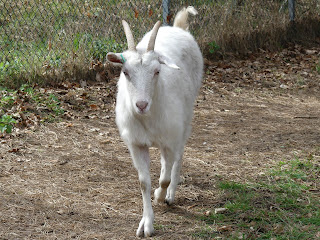 The was a sign on the car park toilet block which highlighted the fact that there was a stray goat in and around the centre, and yep it found us and probably walked around a quarter of a mile behind us and even followed us up the steps and to within about twenty feet of the café which we headed to for a bite. 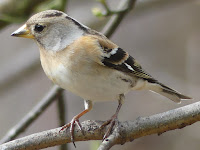 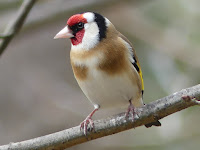 We grabbed a window seat and found the bird feeder traffic great entertainment. I thought I'd spotted a Brambling on the walk and the feeder pretty much confirmed this. We saw well in excess of twenty bird species during the day.

We decided to have another quick jaunt but this time turning left along the river to the old pumping station and then back. There is a map available from the visitor centre. All-in-all it's well worth a visit folks if this sort of thing dings your bell.

Posted by The Outdoor Traditionalist at 08:01