Ask folk to think of any town weed* and I reckon the majority would say 'Dandelion', with it's superb golden carpet in mid to late Spring. It's uses can be from coffee substitute from the roots to a salad leaf with, well, the leaves. 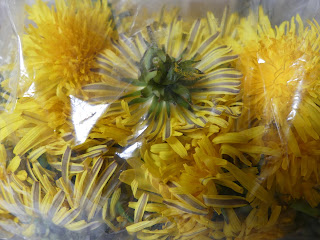 My favourite is to make a syrup using the  lovely yellow flowers. I recently did this and took a few pictures of the method...This will make about a jar-and-a-half. Collect 175g of flowers, this isn't a lot in terms of weight but is in terms of time. Make sure it's not an area frequented by dogs or weedkiller either. 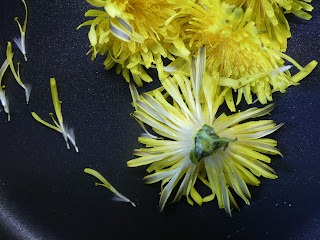 If you have ever tasted a Dandelion leaf you'll know it has an Radicchio-like bitterness and may also know that it is diuretic too). Bearing this in mind you'll need to decide if you are keen enough to pull the green parts off the flowers, I was and the upturned flower in the above picture is about as much as it's possible to pull off without destroying the flower head. Interesting to note the immature seeds in the corner that have detached from a head. 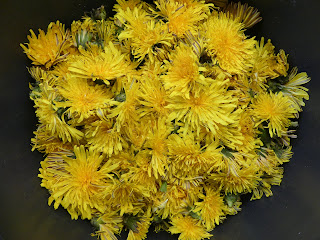 Once done they need placing into a saucepan whilst you get on with the next stage. I collected them in a clean plastic bag and have retained it for a later stage... 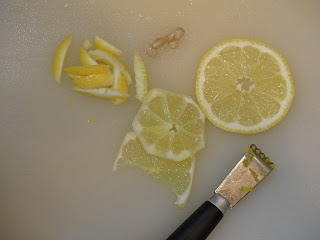 You'll need to thinly slice a lemon to add to the saucepan. Most recipes suggest just putting them in as they are but I zest the skin and then cut a lot of the skin and pith off. again it's another stage but like the green parts on the Dandelion the pith can impart bitterness too. 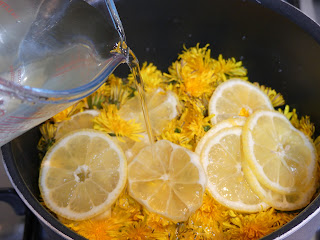 Again some recipes suggest adding a portion of a Vanilla pod and it's something I've not tried as I think the flavour is good anyway and it adds another non-foraged ingredient thus pushing the Dandelion flavour further into the background.

I mentioned retaining the bag earlier-I'd suggest you do two things; get the thought of honey into your head and smell the inside of the bag and then when you've gone 'Oh yeah' rinse the inside of the bag with a little water and add it to a jug. Top this up to around the the 450-500ml mark with more water and add it to the flowers and lemon slices. 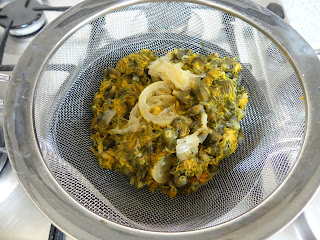 Let in gently simmer for about 20-30 minutes stirring every now then and then leave overnight to infuse. Next morning strain the plant matter from the liquid, the Dandelion heads and Lemons can be discarded at this point. 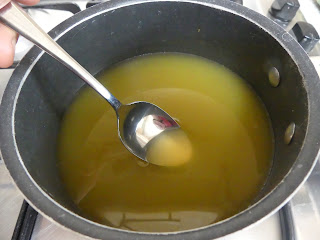 Once it's clear just have a look at the lovely golden colour, it goes darker towards the end however. Get a low light under the pan and then weigh the sugar. 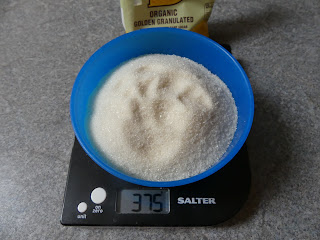 There is variation in which sugar to use depending where you look (some recipes also add a small shot of honey). I'm adding 300 g of golden castor sugar and 75 g of jam sugar, the latter to help thicken it up which means it doesn't have to reduce for ages with the risk of adding a burnt note to the taste. 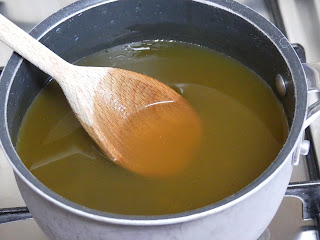 Once it's warmed up add the sugar and stir in until dissolved. This stage isn't one that can have a time added because it depends how thick you want it. Keep checking it because as previously mentioned it can catch. 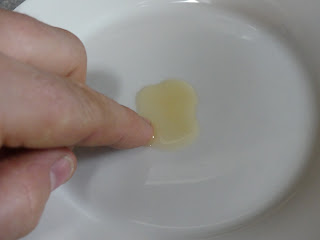 You can simply pull the spoon out of the mixture to visually check the thickness, or do the jam test on  a cold plate. Keep a plate in the freezer and drop a tab of mixture on it. Leave a second or two and push with your finger and see if it wrinkles or not. The above picture was still in the earlier stages and it's is still quite liquid. 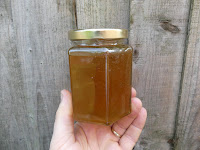 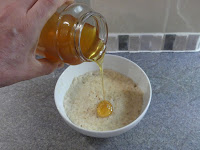 Once done simply tip into sterilised jam jars. Note the slightly darker colour as mentioned before and the golden syrup like thickness as it heads South onto the porridge. 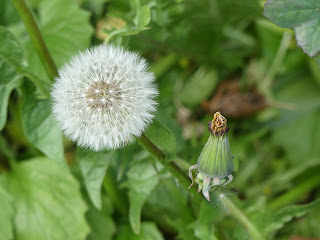 There's an abundance of flowers at the moment but don't leave it too late!

Posted by The Outdoor Traditionalist at 02:58 No comments: